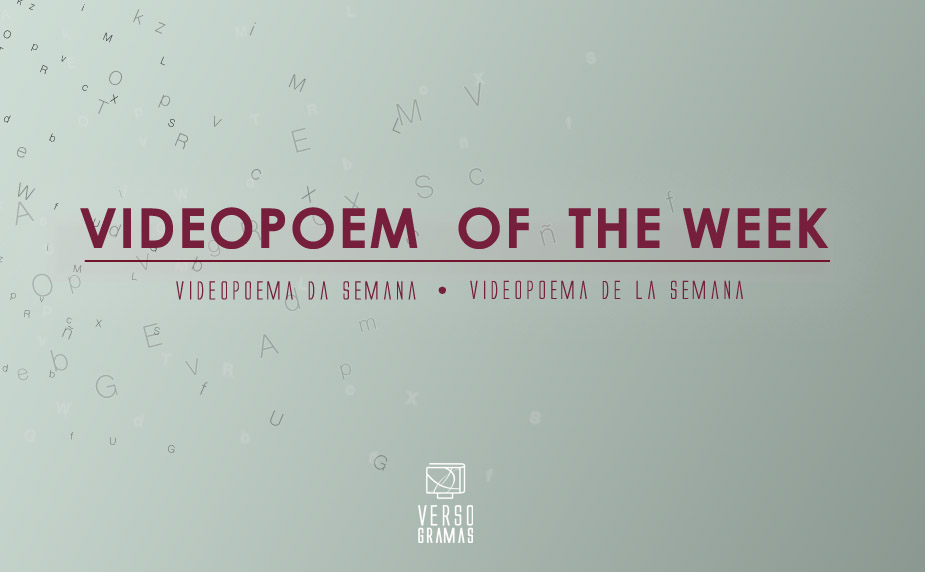 The title of this weeks’ videopoem seems to pay tribute to the resonant alliteration Uxío Novoneyra created in his famous verse “os ollos no lombo do lobo” (the eyes on the back of the wolf) from the poem “O lobo” (The wolf). “Wolf moon” is a collaboration between four renowned videopoetry creators: filmmaker Swoon, poet Erica Goss, videopoet Nic Sebastian and cellist Kathy McTavish.

Swoon (Marc  Neys), has to his credit more than 200 videopoems, created in collaboration with other authors. Poet Erica Goss is responsible for the column “The Third Form” from Connotation Press, an online magazine that explores what’s new on the videopoetry scene monthly. Nic Sebastian is known for her creative work based on remix and also for lending her voice to a multitude of videopoems. Kathy McTavish is a composer/cellist and multimedia artist who usually blends her compositions with videoart.

“Wolf Moon” is the first of a series of twelve videopoems named “Twelve Moons”. Released in 2014, it features poems by Erica Goss, recited by Nic Sebastian, with music composed by Kathy McTavish and editing, grading and sound by Swoon. The poems move through a year of full moons, reflecting the hidden influence of the moon on one person’s life. In this case, the videopoem explores the concepts of loss, destruction and rebirth. The text outlines the dualities of defeat-hope, weakness-strenght. A deeply unsettling soundscape fits perfectly the style of imagery, based on glazing, blurred scenes. The contrast between the slowness of the gesture and the abrupt appearance of broken glass and stones creates an interesting “tempo”. You can watch the complete series here: Atticus Review