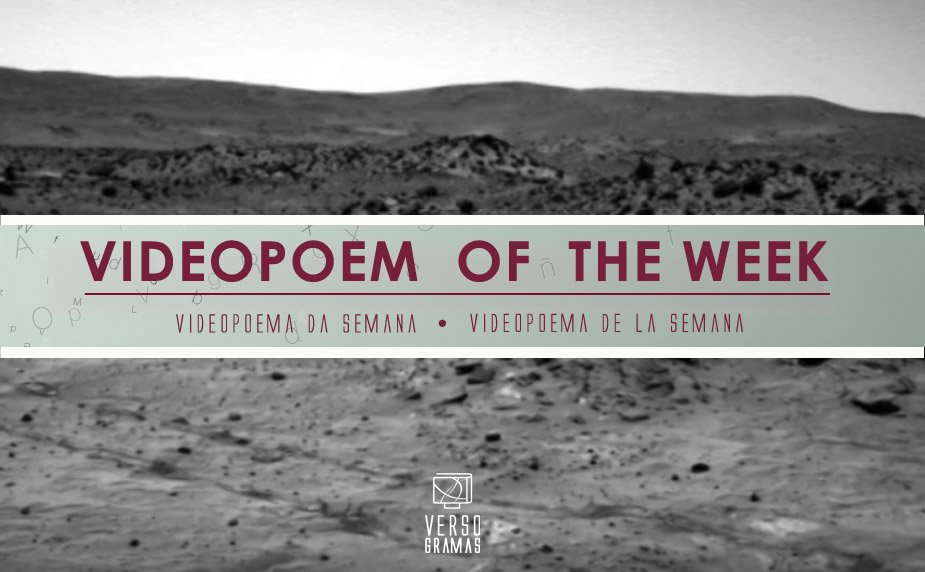 The videopoem ‘Spirit’, by Eduardo Estévez, reveals the desert surface of Mars.

Eduardo Estévez is an Argentinian writer who publishes in Galician since the 90’s. Active cultural facilitator, coordinator of learning activities, editor, constant writer both on paper and online, and member of AELG.

This ‘Spirit’ is a collaboration between Mig Seoane (music) and Matías Estévez (editing). Images were taken by Spirit robot on Mars and facilitated by NASA’s website. The poem belongs to the series “esga e pedra”, published in culturagalega.org between 2008 and 2009.

The videopoem creates a tremendously disturbing and desolate atmosphere, thanks to a perfectly orchestated soundtrack. Imagery displays an interplay between a slideshow and moving image, which creates two tempos in editing. The text recreates the utter solitude of a walker through the surface of Mars, the assimilation of fate, the cold. Nostalgia and the ephemeral also reflect on the rocks of the red planet.