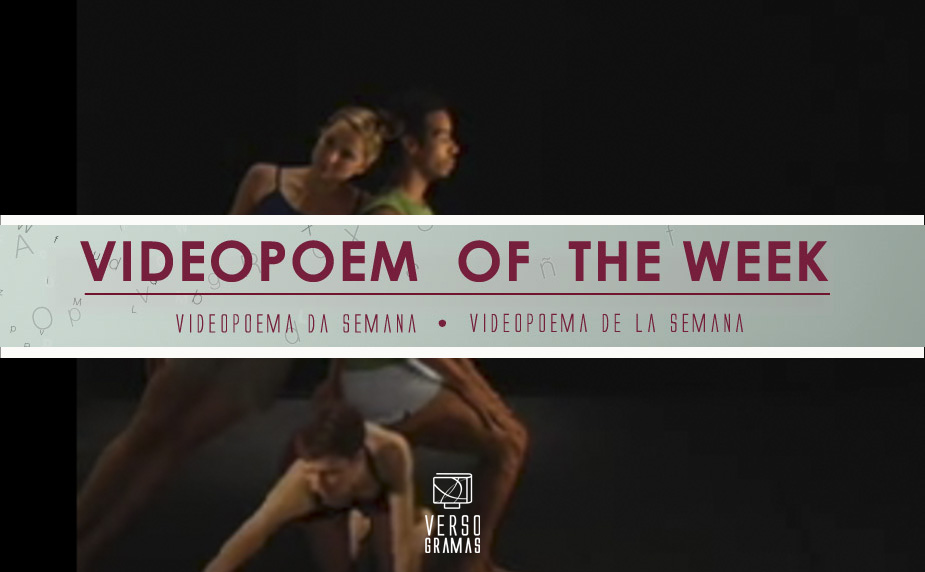 Anne Carson is a Canadian poet, professor of Classics, essayist and translator. In addition to her many highly-regarded translations of classical writers, Carson has published poems, essays, libretti, prose criticism and verse novels that often cross genres.

This piece we are exploring is an example of how videopoetry can be a vehicle for different manifestations, like a conference in this case. Moreover, Reticent Sonnet represents a very popular trend in videopoetry, which is video dance.

Reticent sonnet is an excerpt from “Possessive Used As Drink (Me): a lecture on pronouns in the form of 15 sonnets”, a 25 minute performance involving text, sound, and dance (on video) by three dancers of the Merce Cunningham Dance Company. A&D faculty Stephanie Rowden worked on the sound design and Sadie Wilcox (MFA ‘07) did the video.

Anne Carson herself explains this about the experience:” I had to compose a lecture on pronouns for a conference at Harvard and this was the result. I wrote a sonnet sequence, which Stephanie Rowden recorded and made interesting. Then three Merce Cunningham dancers improvised choreography in response to the sonnets. Sadie Wilcox videotaped everything they did and edited it to fit (or not) the sound score.”

The text puts an eye on the essence and implications of pronouns (“a kind of withdrawal from meaning”, she says) and on certain lexical resources that have become commonplace when writing sonnets. It ends with a beautiful definition of herself as a poet: “I became a kind of brush. I brush words against words”