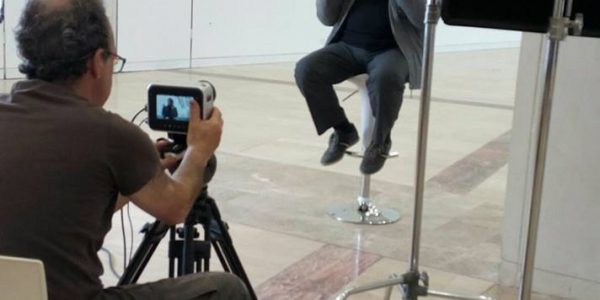 What do Yolanda Castaño, Antón Reixa, Miriam Reyes, Cristina Ferreiro, Eduardo Estévez, Branca Novoneyra, Xabier Xardón or Esther Carrodeguas have in common? Did they wrote with pens from the same brand? Do they have a similar hair colour?

No! All of them are Galician poets whose videopoems will be included in Versogramas! We can’t think of a better way to celebrate the Galician Literature Day, as well as honoring Carlos Casares (this years’ honoree). Let’s celebrate also great living poets who mix word, image and sound.

So today we celebrate literature and we also celebrate that we already have more than 4.000€! Remember some rewards are running out, such as participating in a collective videopoem and getting a discount ticket to the preview.

Also, don’t miss the opportunity of receiving an online multimedia recital to enjoy wherever you want. And be sure you get one of the copies from the numbered edition of Juan Lesta and Belén Montero’s videopoems.

There are few days left until the campaign is over, and it’s crucial that you help us spread the word. For two reasons: so that we can make Versogramas a reality, and so that you can receive the reward you ordered! 😉

By the way: in the 2nd day of shooting we interviewed Eduardo Yagüe, Dionisio Cañas and Miriam Reyes. Eduardo said these beautiful words about us and brought Swedish candies to the team. Conversations with them were as delicious as the candies. Such beautiful moments Veresogramas is giving us!!