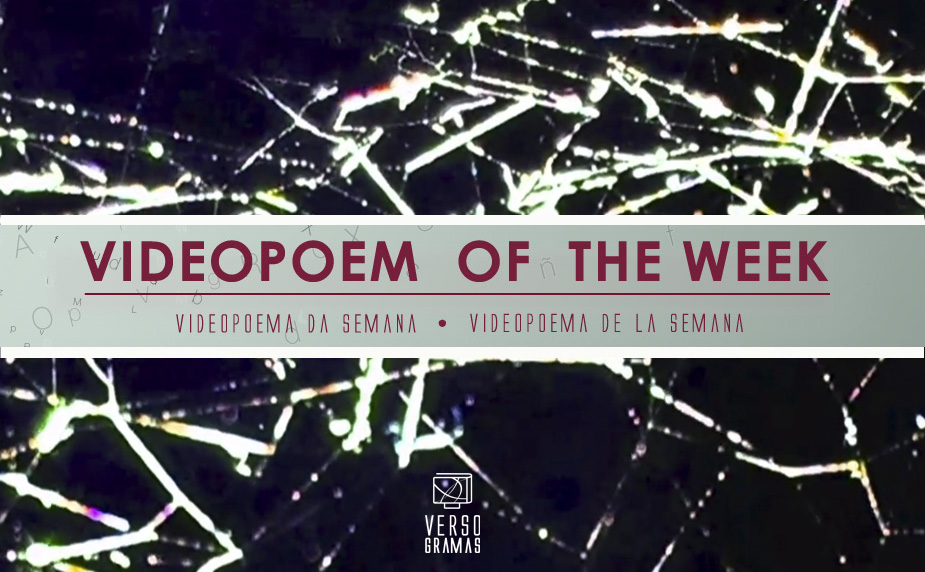 Fíos, by Nenoescuro (Rafa Xaneiro) is a visual and sound approach to Luisa Villalta’s poetry.

Nenoescuro  is an experimental project of sound and video research focused on finding a hybrid language between both fields, but in literary (poetics, specially) too. It’s concretized in visual and sound works, performative concerts and live visuals.

Fíos is like a suit tailor-made for Luisa Villalta’s texts and poetics. She is one of the main representatives of poetry written by women around the 90s in Galicia. This work was filmed upon a proposal of Arturo Casas and Ana Romaní as part of “Xela Arias and Luisa Villalta: letters, interarts, projects in the end of the century”, an event organized by Galician Culture Council in 2014.

The videopoem is constructed in three parts and displays a sophisticated and suggesting atmosphere, nourished by overlayed text, recitings, sound ambiences and visual textures that refer to the cinematographic medium itself and to nature as well. Threads are the center of narrative and visuals. Imagery recalls them with metaphors that stress the interconnection of men, nature and language. Luisa Villalta’s poems reflect on identity and community, denoting a remarkable influence of her other passion and profession: music.