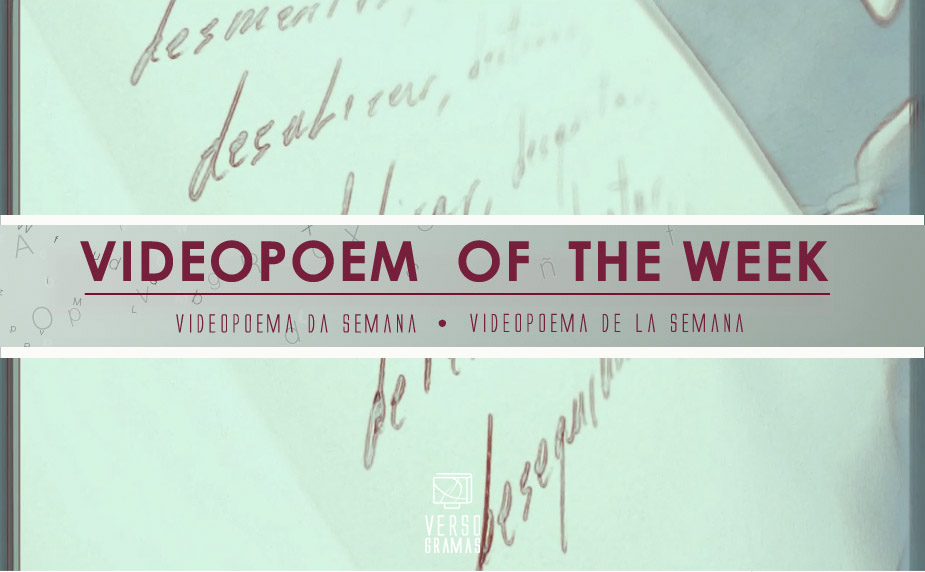 Lola López-Cózar is a multidisciplinary artist from Granada (Spain). She has published her works on different magazines, written her own poetry collections and illustrated various books. She has been awarded several times as a videoartist and her video, poetry and photography works have been selected in festivals, programs, seminars and exhibitions around Spain, USA, Mexico, Venezuela, Portugal, Cuba, Italy, Dominican Republic, Argentina and Chile. She coined the term ‘grafopoem’ to name her own videopoems.

Desprendimiento shows a lexical and editing exercise. A study on action and non-action using the Spanish prefix “des-“ (equivalent to the English ‘dis-‘, ‘de-‘, and ‘un-‘). According to the RAE (Spanish language Royal Academy), this prefix means negation or inversion of the previous action or meaning, privation, excess, inconvenience and separation. A voice on the phone recites words beginning with that prefix while the imagery displays the perfect metaphor: a hand unwrites written words also beginning with des-, in reverse, as if it was painting the void over the letters. One word, repeated constantly, concentrates the expressive essence of the videopoem: demolish.