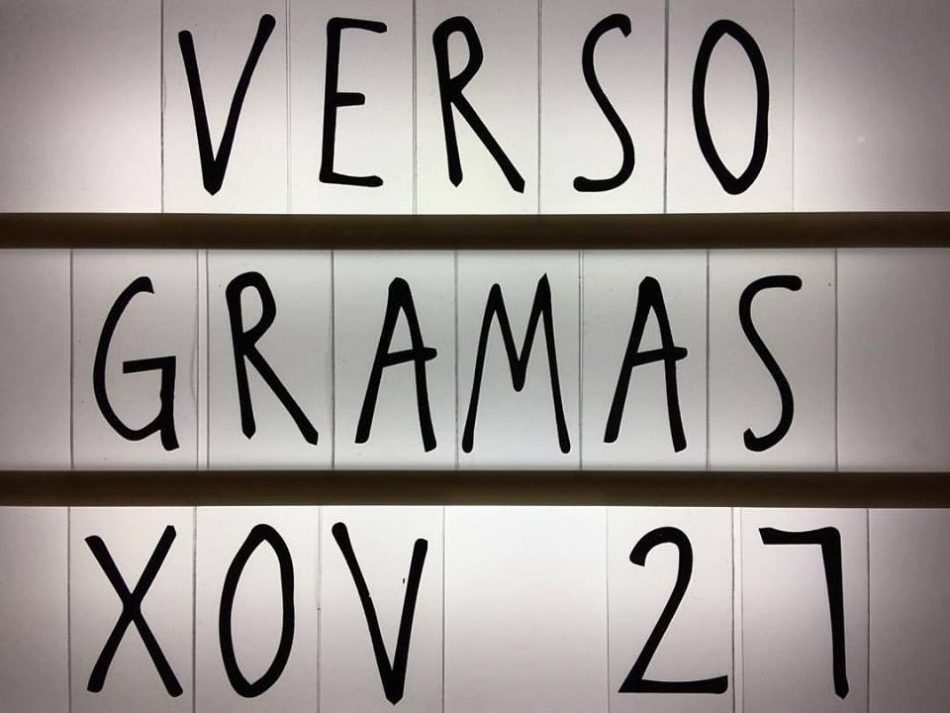 Last week we presented the crowdfunding campaign of Versogramas at Linda Rama. In case you couldn’t come, here’s what you missed:

We began explaining the meaning of two words that aren’t so familiar yet: videopoetry and crowdfunding. Videopoe…what? Crofundin? Crowdfaunding? Crowfunding? (Cri-cri…)

Those of you who follow Versogramas already know that videopoetry, that not-so-new art genre, is a way of expression that translates the atmosphere of a poem using an audio-visual language (mixing images, words, and sounds) into a video.

Crowdfunding, a word that seems more difficult to spell than Supercalifragilisticexpialidocious for non-English speakers, is a financing system. It’s a way of financing a project thanks to the pledges of an interested audience, either by donations, or by the pre-acquisition of the product itself (or certain rewards related to it). Those kind people are called patrons or sponsors.

Once the concepts were clarified, the screen of the crowded Linda Rama didn’t stop illuminating our faces: we screened videopoems, we explained some details about the rewards and the way Verkami works… and we even did a live conection!

Eduardo Yagüe, one of the videopoets that will be interviewed on the documentary, connected from Stockholm to say hello to the audience, talk about what videopoetry is for him, and encourage everyone to participate in this world’s first documentary on videopoetry. In his own words, a necessary, ambitious and beautiful project that was about time to appear somehow! Thanks, Eduardo!

So, if you agree with Eduardo and want to collaborate, here’s what you can do: