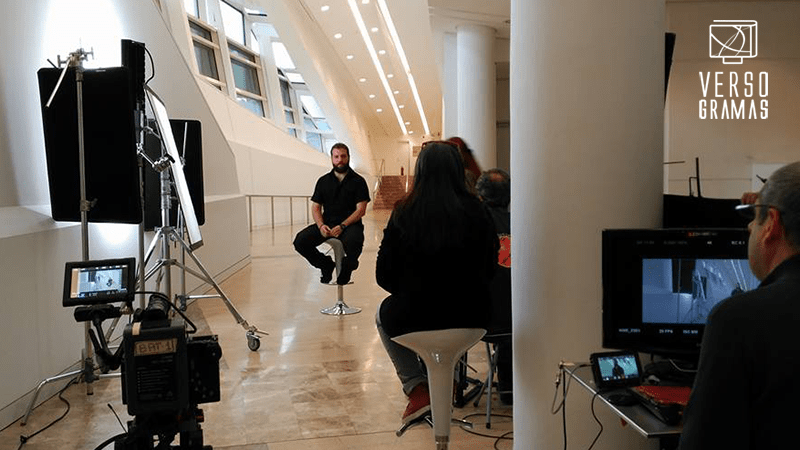 5 reasons to support Versogramas. You won’t believe the fifth.

1- Brag about supporting a type of culture that almost no one knows. (Hipsterize yourself).
When Versogramas succeeds in turning videopoetry mainstream, you will be able to disnow it, which will place you in a superior cultural status.

2.-Be part of a select team
Únete a un elenco de lujo donde se codean cineastas, poetas, músicos y creadores de todo pelaje. En el preestreno no dudaremos en hacerte sentir parte del equipo, para envidia de tus amigos culturetas. Join a select team which brings together poets, musicians, and artists of all kinds. We will make you feel part of the team at the preview. That will have your friends green with envy.

3.-Make history
Versogramas is the world’s first documentary on videopoetry. We will include you in the credtis of a pioneer, unique documentary. Show off as much as you wish.

4- Invite your friends to watch a DVD/bluray that they surely won’t have in their collection.
Meet your friends to watch our exclusive DVD/bluray. We garantee you that it would be impossible that any of your friends have it, so they won’t bother you with the typical “We’ve already seen that one!”. Besides, if you bring the numbered edition with you, you can boast about it, as no more copies will be edited ever.

5.-Avoid spending your money on worse stuff
Spending money in culture is much better than doing it on drinks, cigarettes, clothes you won’t wear, a gym you won’t attend, tatoos that you will probably hate in the future… Invest on something safe that won’t be a cause of remorse.