What is love – Eduardo Yagüe 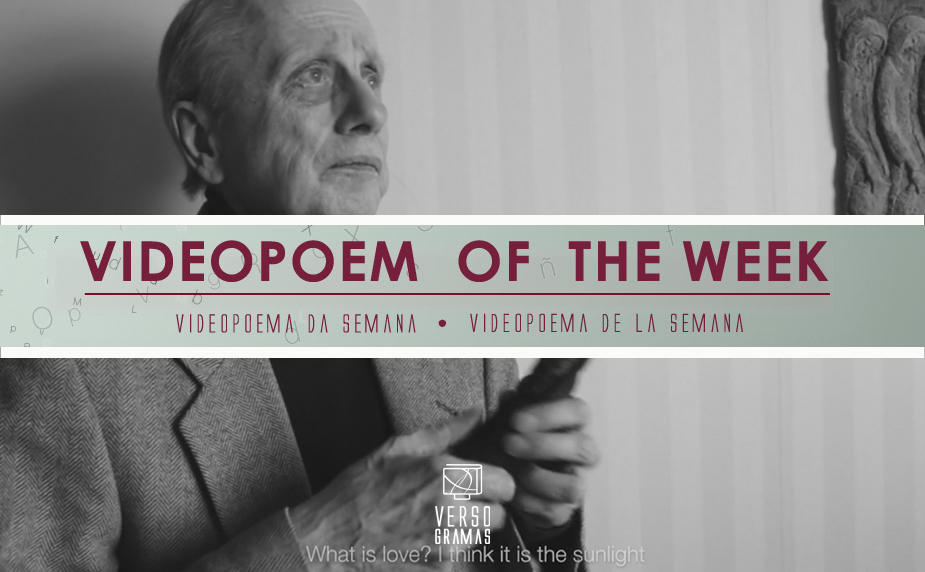 Eduardo Yagüe investigates the essence of relationships in his videopoem “What is love?”

“What is love?” is a poem by Lucy English, translated and recited by Eduardo Yagüe. He also directs the videopoem. As the main character we find Steffan Carlson.

What is love, asks the poem. Definitions of the feeling narrate the progression of a relationship: the beginnings, discovery, home, family, time, old age, memory. They are no common definitions but poetic reconstructions of an unbreakable bond.

The contrast between the poem and the video is absolutely devastating, thus effective. A paralell history emerges in our minds: one of the protagonists of the poem, now an old man, alone in a big empty house, tries to spend time while remembering, in absolute solitude and sadness, when “they never felt alone”.

Eduardo Yagüe studied Dramatic Arts and Spanish Language and Literature. In Madrid he worked as an actor in theater and film. Parallel he has been writing  poetry and stories since he was young. Actors usually play the main role in their videopoems, made with the base of touching and intense poems. His works and collaborations have been screened at videoart and videopoetry festivals in Spain, Holland, Belgium, USA, Germany, Australia, Canada, Greece and Portugal.